This cement mixer went on display in July 2007. It was manufactured by the Koehring Company of Milwaukee Wisconsin in the early 1920’s. It had a capacity of 7 cu. ft. and was powered by either a 2 or 4 cylinder engine.

This advertisement appeared in American Builder in March 1925.  It shows a covered engine location that is missing on the far end. 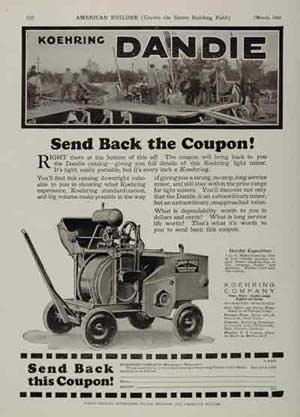